Let's see some more layouts, shall we??

Well, it's been a couple days but I have come back again to share 5 more of the MOC5 layout collection!! I have been trying to get back into the swing of things, especially with getting some scrapbooking done, since our household grew by one 9 year old I'm calling Squirt! His addition has made our house a louder place for sure! But, I wouldn't trade our time with him for anything! We are learning so much about ourselves! It's good stuff!! 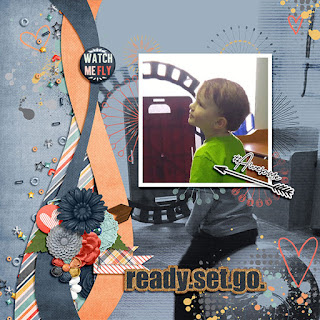 MOC5 day 16, Create a layout with little to no words that tells a story. I chose to tell the story of how much my son Curtis loves his Occupational Therapist, Kevin! He gazes at him with adoration the likes of which he usually saves for his Mommy only! It makes me so happy to know that he loves his therapists and that we have chosen people he likes for him to work with! 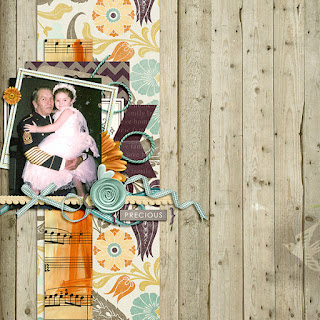 MOC5 day 17, This layout was to be inspired by a photo they showed us. It had a vintage feel with a wood look background. It was top heavy, but I rotated it to the side heavy feel you see here! This is my daughter Rachel at wedding with my biological father. This was the only time I saw him that I am able to remember, so this photo is incredibly special to me. 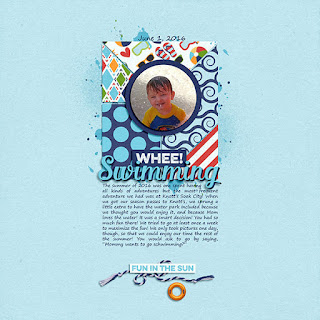 MOC5 day 18. The challenge was to scraplift from a specific person's gallery. This is a pretty close scraplift but I still really love how it turned out! 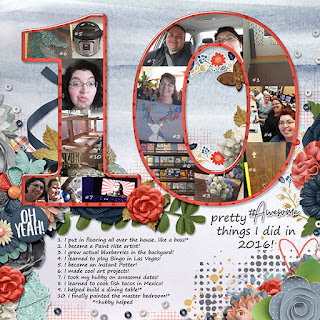 MOC5 day 19. The challenge was to scrap a list of at least 5 items. I decided to go big with 10 pretty awesome things I did in 2016! I love how it turned out and how motivated it makes me feel to keep going with doing awesome things in 2017!! 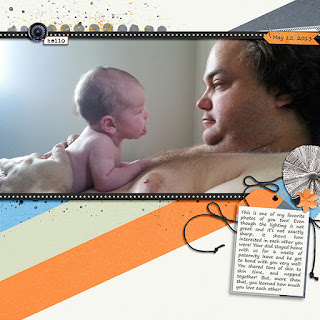 MOC5 day 20. The challenge was to use a photo you would not normally scrap because the photo itself isn't perfect. I chose this photo, which I love but which I usually would not choose to scrap because the picture is overblown and a little blurry. I love that you can see my husband and son really taking a moment to get to know each other! It melts my mommy heart!!

So, there you go, 5 more layouts and another blog post!! :D Woot! On Tuesday, they start ripping out the floor in my playroom... Then, Sunday is Easter! I'm planning my first ever egg hunt for the kiddos!! It should be exciting!! :D 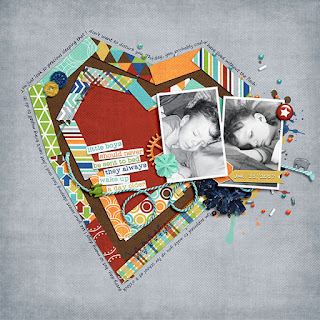 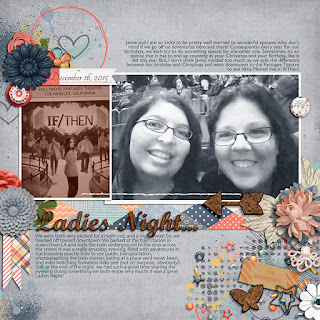 Day 12 Filled Template This was a template challenge with a more filled up style template! 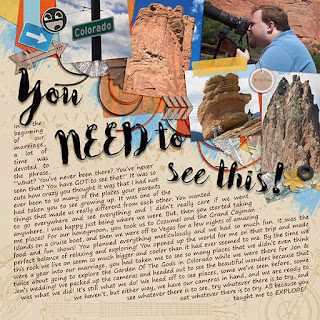 Day 13 One word Journaling Challenge We had to feature the word EXPLORE in our layout in some way! 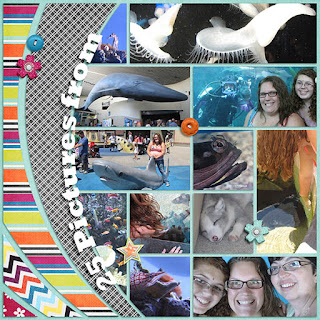 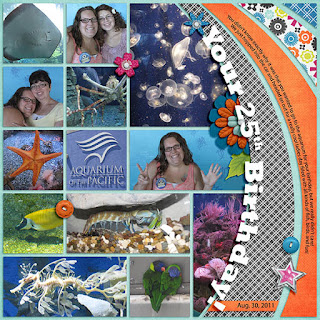 Day 14 The Double! We had to make a two page spread! 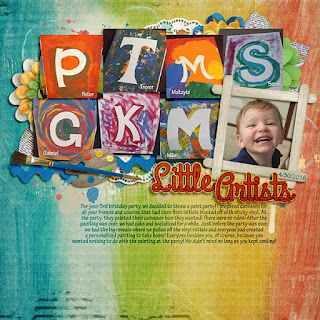 Day 15 Paper Blending We had to blend at least 2 papers to create a new and interesting background paper!

So, there we are- almost halfway through the Month of Challenges layouts!! :D
Huggles!!
~Sarah~
Posted by ~Sarah~ at 7:30 PM No comments:

Here are 5 more of my MOC5 layouts! Today has been a crazy busy day, and I still have to finish making dinner and take Squirt to his first Tae Kwon Do lesson. (Don't be mad if I spelled that wrong, I'm a terrible speller!) Anyhow, I want to get in a habit of making time for this so I am posting 5 more layouts before I forget to do it and the day gets away from me... These are all Lilypad challenges so everything I used to create them can be found at the Lilypad! 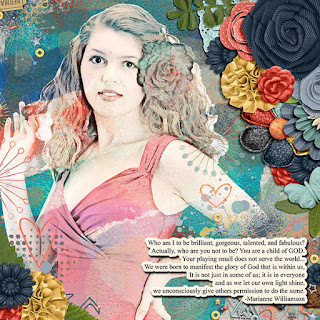 MOC5 day 6 Use an inspiration board to create the layout of your choice. 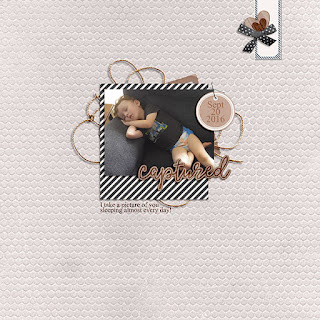 MOC5 day 7 Blind Scrap. Follow the directions and scrap what you want while following the directions! This was a new experience for me, AND I actually won the day, which was really amazing! That means I won a $3 gift certificate, but also that the challenge creator chose me as winner from all the layouts that were submitted for this challenge! Unbelievable!! 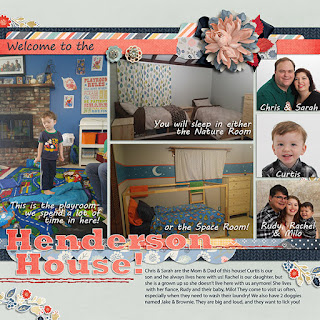 MOC5 day 8 All About... This is a page all about living in the Henderson House as a foster child. It's designed to give you an idea of what to expect before you meet us or as you are just meeting us. There's a second page to this spread that has more pictures of the house and our routine so that kids can really get a feel for what it's like to live here with us! 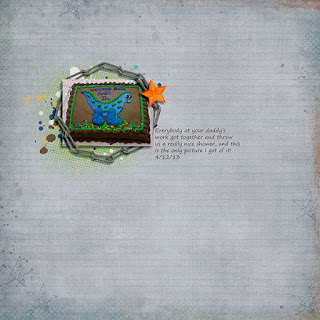 MOC5 day 9 Simple Scrap. Use 5 or less embellishments, what? 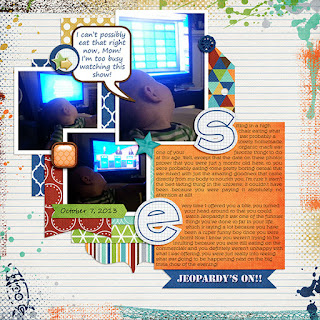 MOC5 day 10 Drop Cap Storytelling. We had to use the big letters to start a paragraph and wrap our journaling around it. 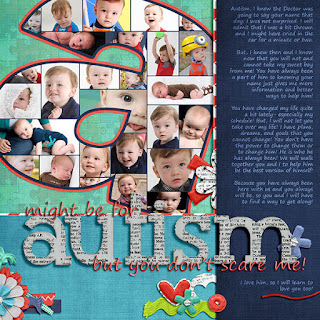 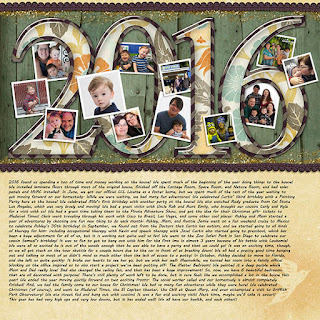 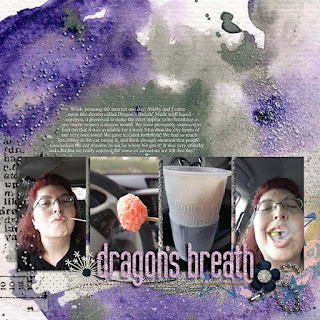 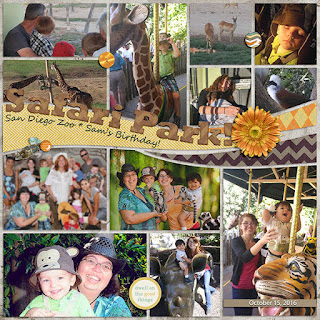 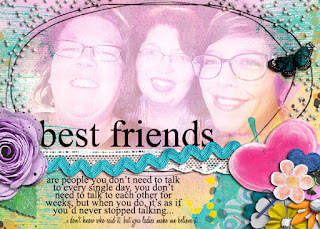 If you're here, you're probably following the NSD Facebook and Blog Hop from With Love Studio! I've made you a cute piece of the kit, I think! I hope you like it!!

If you are following the list, you came from my Facebook Page and your next stop is Midnight Owl!
If you are lost and want to find the list of all the participants, it should be Here!!